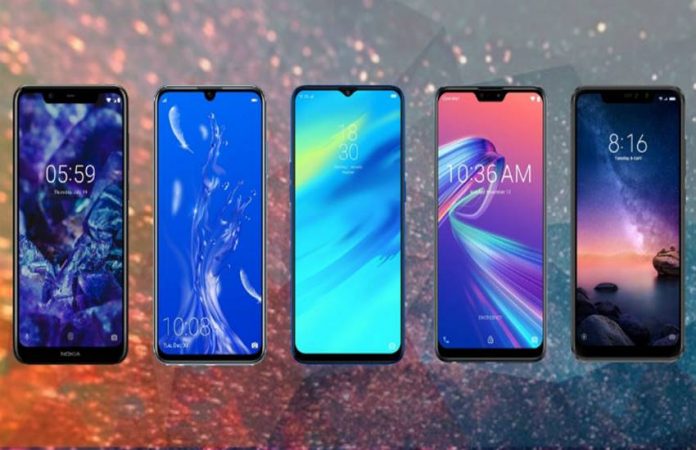 With a plethora of phones being launched in the market, the cellphone industry has flourished in 2019. The great thing about the phones being launched is that these smartphones fit into every budget type. While the flagship phones like OnePlus 7, OnePlus 7 pro etc. are much talked about, these phones are expensive and not everyone can afford them. This year, the smartphone industry has invested a lot of time into budget smartphones that are capable of doing all the functions you can think of!

The bezel-less screens, higher aspect ratios, notches and practically every other features that the flagship phones offer are now available in low-cut budget phones. In fact, this is a common marketing strategy of almost all the brands to release a lot of phones in the lower price segment.

In the best budget phones segment, the best phone’s title unanimously goes to Redmi Note 7 Pro by Xiaomi. The phone not only offers best in class features but also runs them efficiently. Featuring 48 MP+ 5 MP AI Dual rear camera, 4000 mAh battery and other enticing attributes, this phone positively checks all specifications of a leading smartphone. Xiaomi Redmi Note 7S retains the same 6.3-inch full HD+ display with dot notch on the front. With LTPS display, 2340*1080p resolution, Redmi Note 7S display handles everything with ease. The display renders a great quality and stands for its name. Xiaomi Redmi Note 7 pro runs on Qualcomm Snapdragon 675 processor. Coupled and released in a basic 4GB and high-end 6GB RAM, paired with Adreno 512 graphics. Battery backup is pretty much at expectations for a light usage but recommends to carry a charger for a heavy phone user. What runs it the best is its Software front. The phone runs on Android 9 Pie with MIUI 10. With a microSD card slot, users can expand ROM upto 256GB. Redmi Note 7 Pro has been rising and gaining popularity for it’s high-end camera quality and riched specifications. The phone is priced at Rs. 16599 only and is available on Amazon.

Samsung has considerably worked on its budget phones and the M series siblings stand in the market as the proof. The handset boasts of ‘o’ infinite display with a screen size of 6.3 inches, pixel density of 409 PI and 2340*1080 pixels resolution. Like the previous variant of the M series, galaxy m40 sports a Super AMOLED, bezel-less, punch-hole display with an aspect ratio of 19.5:9. Galaxy m40 will try the ’screen sound’ technology which means it won’t have an audio earpiece and the vibrations and sounds will come directly off the screen.

The handset sports a lovely design with an eye-catching back panel that embodies a wave pattern. The phone features 6.15 inches FHD+ resolution with an aspect ratio of 19.5:9 but lacks AMOLED screen. It operates on Android 9 along with EMUI 9 and is powered by Kirin 710 chipset. It holds 48MP rear camera completed with a depth sensor and an ultra wide angle lens. The phone packs a disappointing battery of 3,340mAh battery.

Samsung Galaxy M20 is one of the best budget smartphones in the under 10k segment. The phone offers 6.3 inch AMOLED FHD+ PLS display with an infinity V design and PLS TFT panel. This smartphone from the company gets a polycarbonate body, weighs around 180g and packs staggering 5000mAh battery. It is powered by Exynos 7904 octa core chipset and runs on Android 9 Pie with OneUI. The phone boasts 13MP+5MP rear camera and 8MP front camera. It comes in two variants hosting 3GB and 4GB RAM respectively. The phone is priced at Rs. 9,990 only.

ASUS Zenfone max pro M2 is a powerful best budget phone. The smartphone can handle daily tasks along with heavy gaming. In terms of design, the smartphone uses resin-based exterior that provides a glossy look. The phone boasts 6.26 inch FHD+ display. The phone is powered by Snapdragon 660 processor with a RAM of upto 6GB. The phone runs on Android 8.1 oreo. This is a major setback since there are a lot of options running on Android 9 Pie.

What are The Primary Requirements of a Gaming Laptop?

How To Maintain Your AC & Be Ready For The Summer

Get A Better Body Muscle By Using SARMs!

Service Chaining is Not True SASE