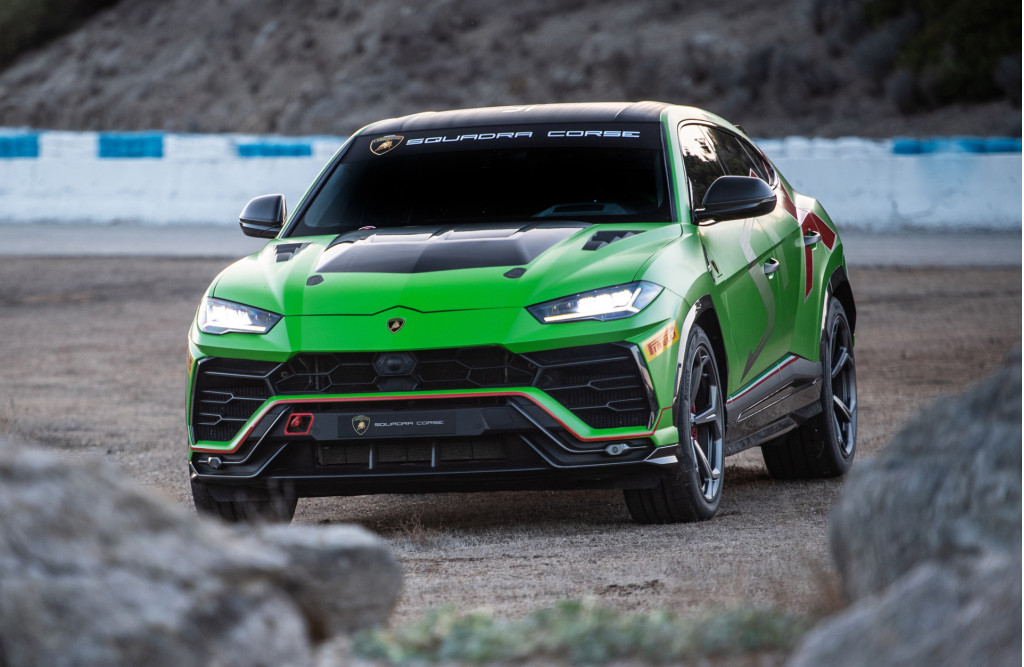 Lamborghini has finally pulled the curtains off the specifications of the race-ready Urus ST-X concept. Lamborghini Urus ST-X to launch next year.

If the Lamborghini Urus wasn’t fast enough, launching new next year is the race-ready version of Urus ST-X concept. All set to mark its racing debut next year, the SUV is said to the first Super SUV in the world of racing. The first race is planned during the 2020 World Finals in Misano Adriatico, and the winner of the four classes of the Lamborghini Super Trofeo, will challenge two- and four-wheel Motorsport celebrities on a special track.

To make the already fast and powerful Lamborghini Urus more compelling, the supercar-maker has armed the ST-X with an even lighter twin-turbo V8 engine and has made some widespread use of carbon fibre in its building.

The front face of the Lamborghini Urus ST-X structures a carbon fibre bonnet with additional air intakes. The rear however, structures with carbon wing and the racing exhausts. The race-ready classical is likely to be 550 kgs lighter than the regular Urus, bringing the total kerb weight down to 1,650 kgs.

To look at, the race-SUV comes with Lamborghini’s motorsport regalia, draped in the Verde Mantis (green) colour typical of Lamborghini Squadra Corse and highlighted with red details on the bumper and Pirelli sticker on the fenders. The profile of the Super SUV bears the huge “ST-X” lettering with the X coloured in bright red. The Aluminium wheels for the race-SUV is all set to sport a 21-inch centre-locking, which are shod with race-spec Pirelli tyres.

With all the exterior been revealed but we couldn’t get a glance of the interiors. The car potentially is said to max at 305 kmph, making it one of the fastest SUVs in the world. The price, however, is said to shell out at Rs. 3 crores (ex-showroom) to bring home a Lamborghini.

5 Things Everyone Must Know About a Car

7 Tips For Taking Care of a Sports Car

Reasons Why GoGoPDF Is The PDF Converter Tool You Need

Your Guide to Customer Lifetime Value (CLTV) in Ecommerce

Let the adventure of your life begin

Why does gamestop have great popularity?