Home Appliances The Best TV’s for Sports Fans in 2021 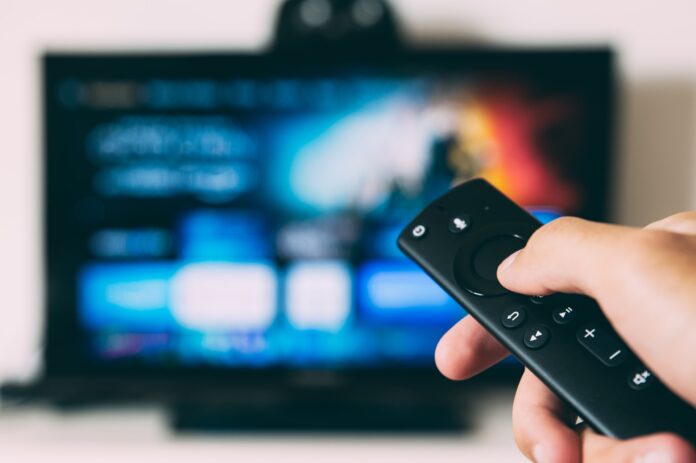 The majority of people made the switch from a regular old CRT television to a high-definition flat panel at the same time. The difference in picture fidelity for those buyers was so enormous that it has been difficult for electronics companies to replicate the success this switch generated in the years since. For many, upgrading to a 4K unit turned out to be a disappointment, and other features such as 3D television have failed to capture mass-market attention.

Moving on from High Definition

Movie fans were the number one target for television manufacturers during the 20th century. Of course, that segment of the market still represents an important revenue source for manufacturers of new televisions. On the other hand, multiple indicators continue to suggest that there is little appetite for ultra-high-resolution content.

However, television manufacturers realized some time ago that other groups of consumers were overtaking movie buffs as the primary buyers of their latest panels.

The first of those groups has proven to be gamers. The line between plain old televisions and computer monitors used to be clear; the higher resolutions offered by monitors were not necessary for broadcast television at the time, and games consoles of the day were designed with the then-standard CRT television in mind.

The latest consoles and graphics cards are more than capable of outputting an ultra-high-definition signal. Features such as high frame rate and high dynamic range have proven much more valuable to gamers than the rest of the market, too, so players will happily splash out much more on a screen that can offer them the best possible experience.

Who is the number one target for television manufacturers in 2021?

The second and perhaps most important market segment of all has turned out to be sports fans. When surveyed, this group of buyers has consistently rated feeling much more impressed with the upgrade from regular HD to 4K than the average consumer. The same has proved true of many other recent innovations too, cementing this group as the number one target for those producing new screens today.

With Euro 2020 finally set to be staged in a few weeks, many soccer fans are currently looking for a bargain on a new TV to watch the Euro 2020 football matches. Watching the game with your mates on a giant screen is a favorite pastime for millions of people, but wide viewing angles are a must for this to be an enjoyable experience.

Fast motion handling to prevent blur is another cherished quality of the latest panels, and the largest screens can also benefit from built-in upscaling, too, as there is little hope of another increase in broadcast resolution any time soon.

With all these needs and more, which are the best screens for watching sports?

Pretty much the universal king of the television market presently, LG’s CX screens are OLED panels available in sizes from 48” to 77”. These screens have the widest viewing angles of any TV on the market, making them ideal for large gatherings. It has a standard refresh rate of 120hz and built-in interpolation capable of adding additional frames and smoothing out the action of any sport.

LG’s WebOS interface has apps available for all of the sports streaming apps you could want.

This manufacturer has almost reached household name status in the United States. Their H9G LED screens are some of the best televisions on the market today and are priced very aggressively, too.

The H9G is currently available in 55” and 65” variants with a native refresh rate of 120hz. Interpolation claims to be capable of boosting this to 480 frames per second. The built-in Android TV software has universal support from sports streaming services, and you won’t find anything comparable in this price range on the market today.

On the downside, viewing angles are far inferior to the LG CX, and the LED panel lacks some of the brightness of LG’s OLED.

If you have more money to spend, then Sony produces an amazing LED TV in the form of their X950H, which is available in sizes up to a monstrous 85”. Like the Hisense, the native refresh rate is 120hz, but the panel itself has a slower response time and a lower interpolation rate.

Being a Sony, you are unlikely to be disappointed with the quality of this TV. The viewing angles are much better than the HiSense H9G, but otherwise, the specifications are very similar on paper. For that reason, it is difficult to justify spending the extra cash unless you have a very wide seating area or intend to purchase the 75” or 85” models.

“Guess The Gibberish” Instagram New Filter. What Is It & How...

Should You Invest Your Money In Buying Shares

Why is CBD Trending?

Biggest and Best Cannabis Brands Across the U.S.