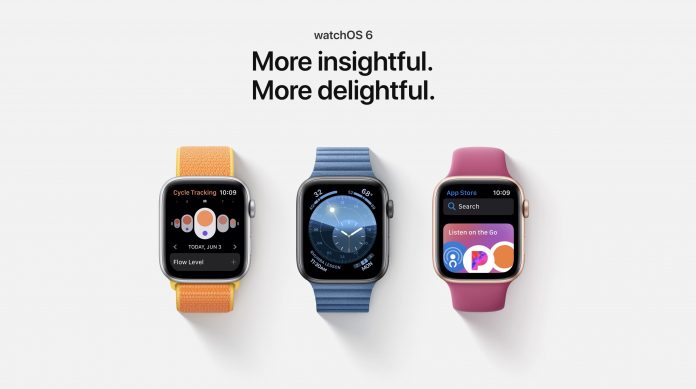 Apple Watch Series 6 is on its way to launch to in the market. It’ll likely be released this Fall, unless the current social coronavirus knock the schedule or delay it. So, the question is what will the successor to the successful apple Watch Series 5 be like? What all will be the features, the design, how much will it cost? Let’s check the latest rumors & expected details. You can always come back: The Blog will be updated daily.

When will the watch launch? What will it be called? How much will be the price?

If the social knock falls back to normal, the apple watch is to be released in or first week of September. As for what will it be called? Apple Watch Series 6 most likely name will be the name.

Recent iOS 14 leak revealed that a new health notification might be coming, to indicate blood oxygen levels. Normal Oxygen levels should be at least 95% or above. When it goes below 80%, it’s unhealthy. This rumored notification will take effect along with warnings of unusual heart rate levels.

The Series 4 and Series 5 watch models already introduced ECG measurements, but they only work when heart rates go over 100 beats per minute. Apple is apparently working on it, so that the next watchOS doesn’t show this.

If you ever saw a watch face you like on someone else’s apple watch and thought of mimicking it perfectly on your own apple watch. Well, sharing a shareable watch face in exact configuration would be really nice. It’s still not clear if it is shared from one apple watch to another or through an iPhone.

A tachymeter is a dial that measures speed based on travel time. The upcoming apple watch, might have a newer version of the famous Infograph Watch face, apparently called Infograph Pro, alongside an onscreen tachymeter framing the dial.

The iOS 14 leak suggests that the upcoming apple watch will have sleep tracking.

The upcoming Apple Watch Series will launch in four metal finishes: aluminum & stainless steel, and two more styles in Apple Watch Edition: ceramic and titanium. However, It’s not clear whether titanium and ceramic will launch in 2020 along with the former or later in 2021.

The apple watch 6 design will change is doubtful. It’s to believed that Series 6 might follow the current watch 4 and 5 look.

Apple’s famous analyst Ming-Chi Kuo predicts that a new material could be used in the circuit boards leading to faster performance and improvements. This could also improve the battery life.

The changed and improved circuit board could easily mean that the next Apple Watch can survive when diped in great depths. One can use the current apple watch model underwater to a depth of 5ATM, which is 50 meters. It’s reported that with upcoming apple watch one can wear this on water-skiing or even scuba diving.

A microLED display is expected on the cards but we might have to wait for the same a little longer. If Rumors are to believed a camera could be added to the upcoming Apple Watch which will in turn mean that Face ID is included on upcoming Apple Watch.

SpyHuman – The All In One Android Monitoring App|Features|Price|How To Install|Uninstall.

WhatsApp Forward Messages Limit Reduces To 1 Chat At A Time To Rein Fake News During Covid-19.

SpyHuman – The All In One Android Monitoring App|Features|Price|How To Install|Uninstall.

WhatsApp Forward Messages Limit Reduces To 1 Chat At A Time...

Reviewing the Top 5 Superbikes Under 5 lakhs

ABOUT US
Spending your hard earned money on something which you are not competly sure of? Waste, right? You want the best stuff, the very best products. Think of the amount of Googling you did, the type of people and blogs you turned to for advice, before you buy that one product you are confident about. Reviews on Top is your search partner, an independent organization that work on rigorous research.

Mi Band 5: All The Details We Know So Far!